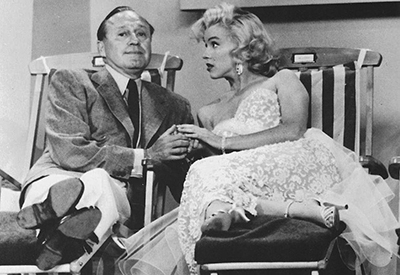 After the film “All About Eve” brought her fame, Marilyn appeared on the highly rated “The Jack Benny Show” on CBS. This would mark her only real acting appearance on TV. Marilyn turned what could have been a pale parody into a deft comic invention by playing the stereotypical “dumb blonde”.