The Exhibits in the RCA Pavilion 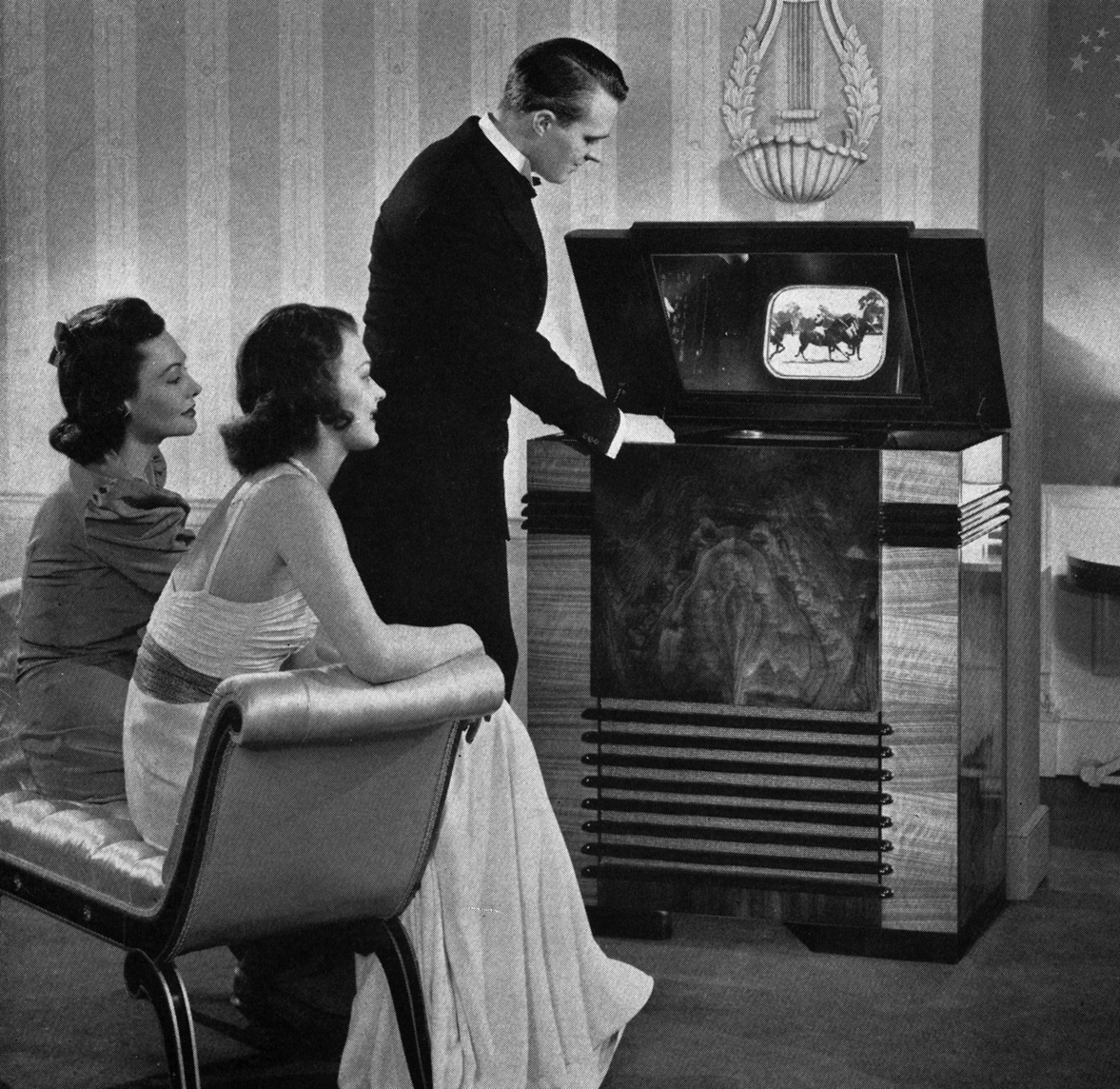 Exhibits within the RCA Pavilion dramatized the use of television in the home, and documented RCA’s experimental breakthroughs. The ‘Radio Living Room of Tomorrow” was created by Turkish-American industrial designer John Vassos. It was outfitted with contemporary built-ins such as a combination radio/television/record player/record recording set, a facsimile receiver and a sound motion picture projector. To illustrate how television could be integrated into existing décor, Vassos designed a “Radio Living Room of Today”.