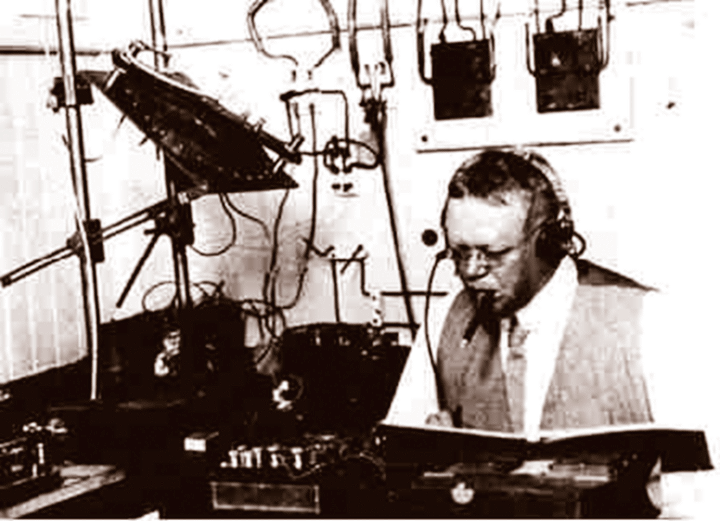 Canadian inventor Reginald Fessenden is the first to successfully transmit the sound of a human voice by radio on December 23, 1900. He accomplishes this between two 50-foot towers. Six years later, after a long battle to raise more funds, Fessenden makes the first long-range voice broadcast in radio history on Christmas Eve, and plays “O Holy Night” on his violin to radio operators on ships in the Atlantic.