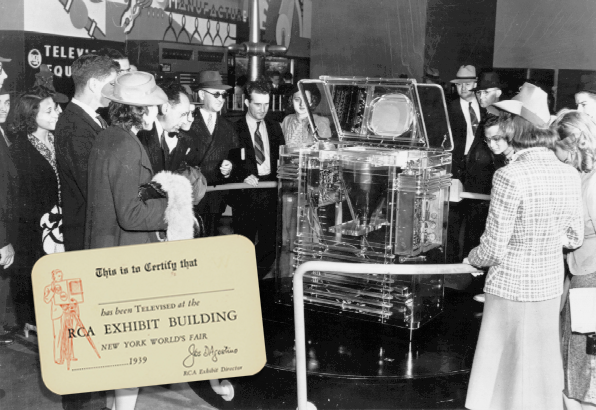 Television is introduced to the public at large at the New York World’s Fair. The “Phantom Teleceiver” (made of Lucite) and the entire line of RCA televisions are demonstrated at the RCA Pavilion. NBC televises the opening ceremonies including the first televised presidential address, by Franklin Delano Roosevelt, to approximately 1,000 viewers who own television sets. The New York Times reports that the picture is “clear and steady.”