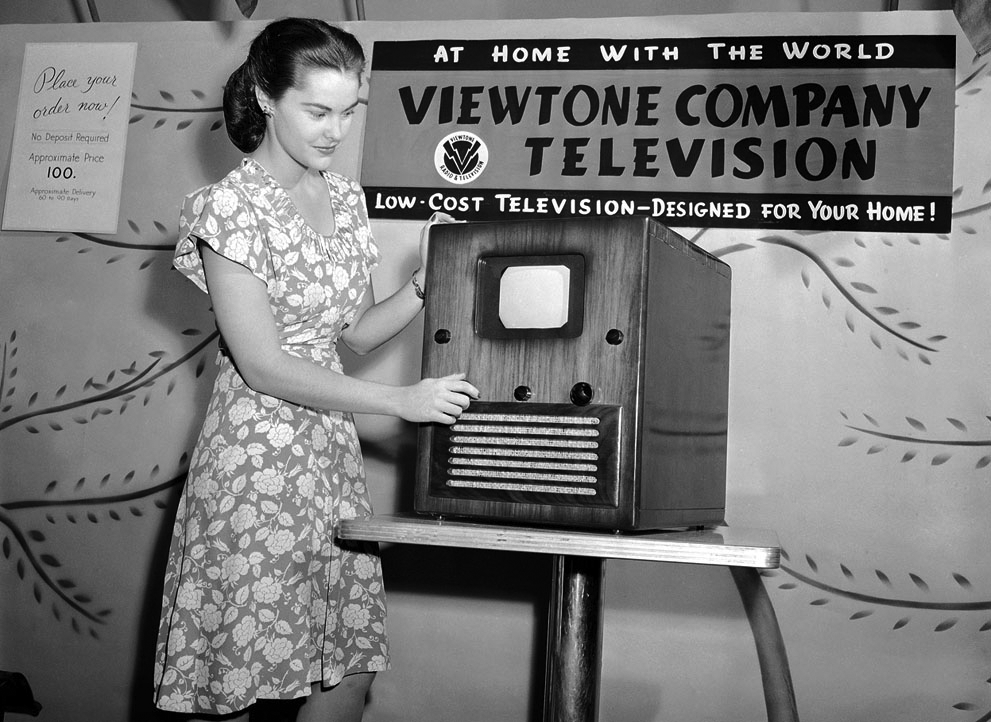 Post war commercial television resumes. NBC opens with a USO fundraising show, the news – sponsored by Sun Oil, a television version of a radio show for Levers Brothers, and a quiz show presented by Proctor & Gamble. CBS has no sponsorship lined up yet, but manages to broadcast a dance lesson, a newscast and an art exhibit.