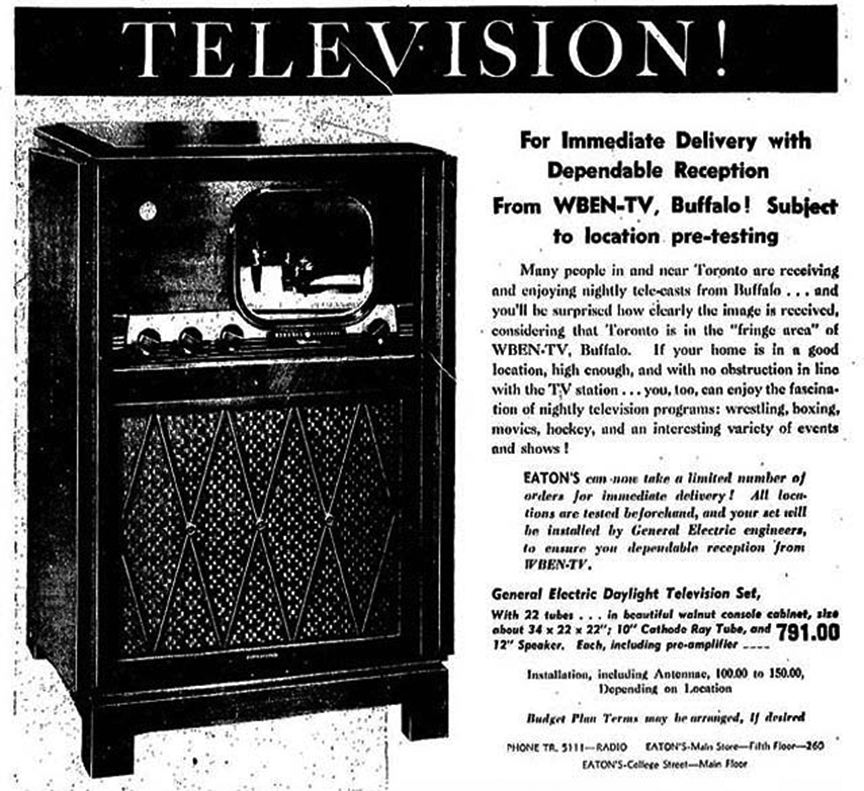 In the US, the television audience multiplies by 4000 per cent as the number of cities served by television increases and the sale of sets skyrockets. There are an estimated 977,000 TV sets in use in the US. 3/4 of these are in the Eastern network cities, and half are around New York City.