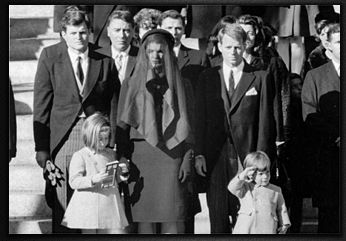 Regular TV programming is suspended in the US, following news of the assassination of President John F. Kennedy. November 24 – Jack Ruby murders Lee Harvey Oswald, Kennedy’s suspected assassin, live on television. November 25 – Kennedy’s funeral is televised and 96% of all American television sets are on for an average 31 hours out of 72 during this period — watching, many say, simply to share in the crisis.